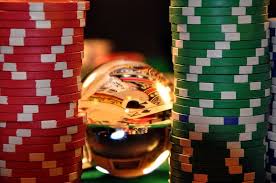 Quinze, which also goes by the name of Ace-low, was first developed in the sixteen hundreds in Spain. It picked up popularity in France and has since become known to be a French card game and is a predecessor to another French card game called Vingt-et-un. Vingt-et-un was popular with King Louis the fifteenth.

One could even argue that it is also a predecessor to the popular game of Blackjack that is often played today. Blackjack is one of the most popular casino and online gambling games available today. Unlike this game, the player is aiming for the cards to add up to a total of twenty one points instead of fifteen. Blackjack can be played with a traditional card deck of 52, like Quinze, or it can be played with a deck of cards reaching all the way to 416.

The origins of the name Quinze is from the French word for 15.

Quinze is a very simple game that’s often applauded for its fairness. The reason for this is that there is very little skill involved. It’s a game of chance in its purist form. The players all have an equal chance of winning or losing. The idea is for the players to get as close to 15 points as possible and utilises a full deck of fifty two cards.

To play this game, the full deck of fifty two cards is shuffled by both participants, as the game is normally played between just two players. When they cut the cards in order to deal, the person who cuts the lowest card is the player who has to deal the cards. The cards from highest to lowest value are the King, Queen, Jack, ten, nine, eight, seven, six, five, four, three, two and Ace. Once the dealer is determined, that person will often reshuffle the deck. They can do this as many times as they would like. After that, the player who is not the dealer cuts the deck. After the adversary has cut the deck, the dealer gives one card to the adversary and one card to himself.

After the game is over, the cards are re-shuffled and the game the entire process starts over again.